HomeEventsLand: Whose property?  – “The question of Ownership and Possession”
EventsPast 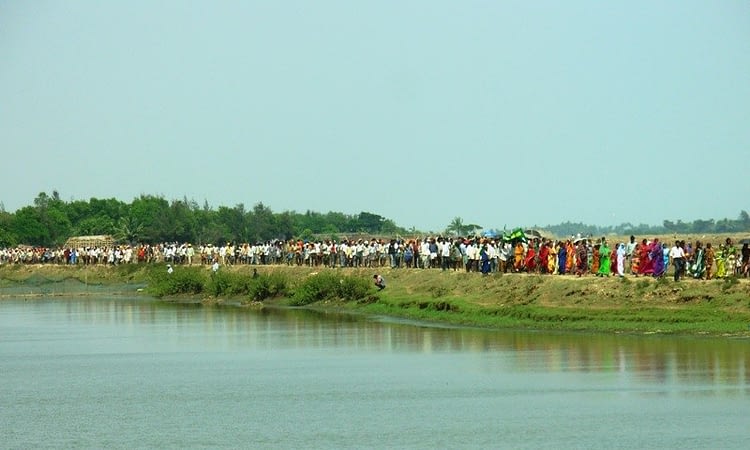 The workshop will explore the current debate and political contestation around land and development in the wake of promulgation (and subsequent withdrawal) of land ordinance and farmers – workers struggles that followed; illusion of Public – Private – Partnerships; framing of corporate friendly rules and policies by State governments; ton-going agrarian crisis and farmers suicides and long forgotten agenda of land reforms. The programme is intended to serve as an induction for those interested in exploring various facets of land rights through archival or field-based research, organizations, practices or engagements in any other forms.

The school over five days will comprise of a series of lectures, conversations and experiences shared by prominent scholars, activists and practitioners in the field. The course is open to young students, researchers, workers, activists and those interested in the discourse. The number of participants is limited to a maximum of 25 persons.

Right to Fair Compensation, Transparency in Resettlement and Rehabilitation Act (RFCTLARR) 2013 was a historic victory for people’s movements in securing the lost rights of PAPs (Project Affected People) in the country. Soon after coming to power, the NDA government’s first push was to remove major categories of projects from the ambit of the RFCTLARR. New machinations like ‘Land – Pooling’ has already replaced the RFCTLARR in the case of greenfield Smart cities like Dholera in Gujarat and Amravati in Andhra Pradesh. States have now been given free hand to devise their own rules. When every law is skewed to favour urbanization and industrialization, what will happen to agriculture and food security of the country?

02 A History of the Landless:

India’s struggle for independence finds origin in people’s demand for equitable distribution of land. Abolition of Zamindari system and subsequent land reforms failed in achieving the adequate, giving rise to the Naxalbari. Despite uprisings and popular protests, what keeps the landless of the country in a limbo? Why do they end up facing the brunt of development? Can the Forest Rights Act ensure community rights over land? How can reclamation of land and other resources of primary production processes be ensured in a world where even the definition of the landless in official lingo has been changing over a period of time?

India’s patriarchal framework has always kept women secluded from legal claims to land. How have progressive ideas seeped into this repressive framework? How do modern day women agriculturists reclaim what is lost? At a time when mass migrations from rural to urban areas have left women in charge of agriculture, why do they still remain invisible?

Other topics for discussion and engagement are – How is the struggle for Land Rights crucial in shaping India’s political-economic future? Land use pattern, food security and Common Property Resources Land grab: An international perspective & reclamation in the context of agrarian reform Urbanisation, rentier economy and the business of real estate Political economy of agrarian reforms, land-labour relations and industrial development

Prafulla Samantara is a noted environmentalist and the president of Lok Shakti Abhiyan’s Odisha Chapter and a National Convener of National Alliance of People’s Movements. His vision for his work is to replace and present the economic model of gross consumerism and greed with an alternative, sustainable development model. He has been battling with various other people’s movements to protect the natural environment, the right to life and human rights for the people of Odisha and India as a whole.

Preeti Sampat is a research associate at Delhi School of Economics, University of Delhi. Her areas of interest include legal anthropology, anthropology of infrastructure, urbanization, land rights, social movements, democracy and capital. She is currently working on land rights within Special Investment Regions and Smart City initiatives along the Delhi Mumbai Industrial Corridor.

Rajendra Ravi is an urban development expert who is the director of the Institute of Democracy and Sustainability in Delhi. He is also a National Convener of National Alliance of People’s Movements.

Philippe Cullet is a professor of international and environmental law at SOAS, University of London, United Kingdom. His areas of interest include environmental law, natural resources, human rights and the socio- economic aspects of intellectual property. He is also a senior visiting fellow at the Centre for Policy Research in New Delhi and has been closely involved in policymaking.

Amit Kumar is a researcher for India Institute of Critical Action: Center in Movement. He works extensively on land rights policies, industrial corridors and environmental issues.

Madhuresh Kumar is a National Convener of National Alliance of People’s Movements. He has been involved in various campaigns related to land rights and land acquisition in addition to the enactment of a comprehensive national legislation of development planning, slum dwellers right to housing, food security bill and anti-corruption.

The course is open to young students, workers, activists or those interested in examining the various issues and threats associated with unjust land acquisition and land rights. However, a basic understanding of the issues at stake such as the propaganda of the RFCTLARRA, 2013 would be appreciated. The number of participants is limited to a maximum of 25 persons.

Interested individuals must apply by 15 February, 2016. Please fill in the online application form

Language: The programme will be conducted in English and Hindi

Programme Fee: The fee is a total of Rs. 3700/- for five days including food and accommodation. For those who are not earning and require financial assistance, please mention this on your cover letter. We will be able to provide some need based assistance towards either the programme fee or travel.

For any query or any other info write to : programs@sambhaavnaa.org or cacim@cacim.net

admin7 years ago
Past