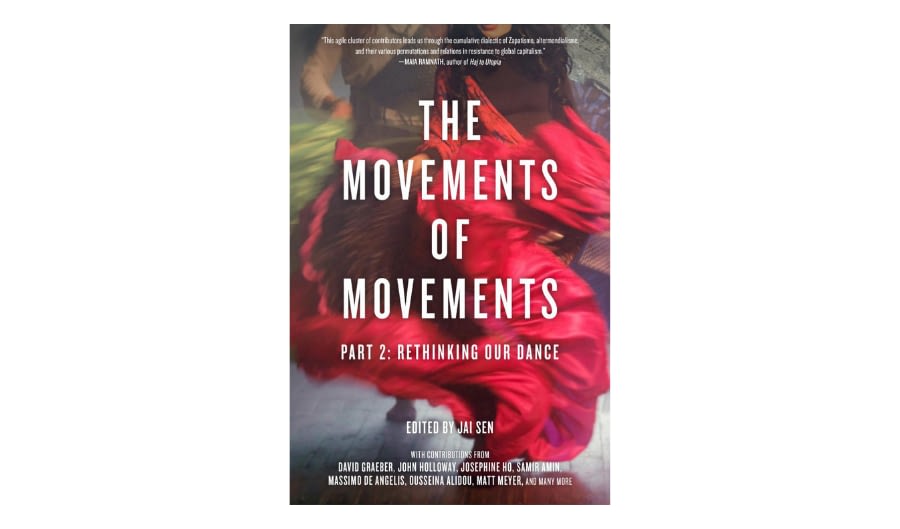 admin6 years agono commentfeatured
1.45Kviews
Our world today is not only a world in crisis but also a world in profound movement, with increasing numbers of people joining or forming movements: local, national, transnational, and global. The dazzling diversity of ideas and experiences recorded in this collection captures something of the fluidity within campaigns for a more equitable planet. This book, taking internationalism seriously without tired dogmas, provides a bracing window into some of the central ideas to have emerged from within grassroots struggles from 2006 to 2010. The essays here cross borders to look at the politics of caste, class, gender, religion, and indigeneity, and move from the local to the global.
Rethinking Our Dance, the second of two volumes, offers a wide range of essays from frontline activists in Afghanistan, Argentina, Brazil, Niger, and Taiwan, as well as from Europe and North America that address the question, “What do we need to do in order to bring about justice and peace?” The Movements of Movements aims to make the bewildering range of contemporary movements more meaningful to the observer and also to be a space where global movements speak to each other. This book will be useful to all who work for egalitarian social change-be they in universities, parties, trade unions, social movements, or religious organisations.
Contributors include Kolya Abramsky, Ezequiel Adamovsky, Ousseina Alidou, Samir Amin, Chris Carlsson, John Brown Childs, Lee Cormie, Anila Daulatzai, Massimo De Angelis, The Free Association, David Graeber, Josephine Ho, John Holloway, François Houtart, Jeffrey Juris, Michael Löwy, Tomás Mac Sheoin, Matt Meyer, Muto Ichiyo, Rodrigo Nunes, Michal Osterweil, Shailja Patel, Geoffrey Pleyers, Stephanie Ross, and Nicola Yeates.
Share on FacebookShare on TwitterShare on Linkedin
Tags :featured
share on Facebookshare on Twitter
add a comment