HomeEventsThe Movements of Movements – Part 1: What makes us move?
Events 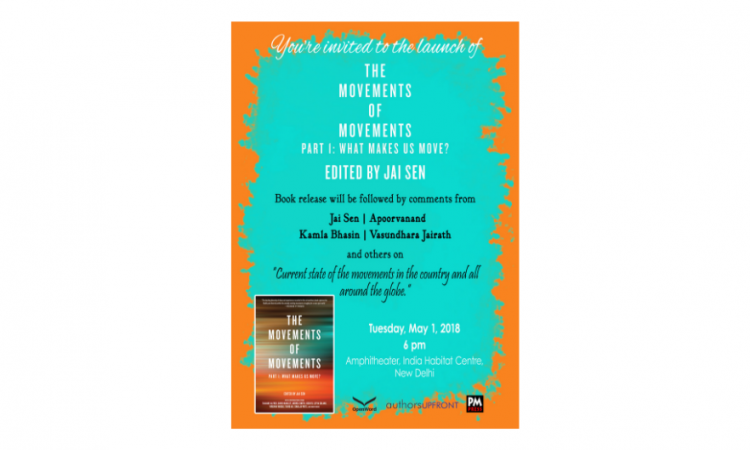 1.23Kviews
CACIM cordially invites you to the launch of
‘The Movements of Movements – Part 1: What makes us move?’
edited by Jai Sen.
Date  : May 1, 2018 (Tuesday)
Time  : 6 pm
Venue  : Amphitheatre, India Habitat Centre, Delhi
Book release will be followed by comments on
“Current state of the movements in the country and all around the globe.”
from Jai Sen – writer, activist and editor of the book
Kamla Bhasin – poet, author and feminist activist
Prof Apoorvanand – writer, political commentator and teaches Hindi Literature at Delhi University
Dr Vasundhara Jairath – academic – activist teaches development studies at IIT Guwahati.
The Movements of Movements: Part 1: What Makes Us Move?
What Makes Us Move?, the first of two volumes, provides a background and foundation for understanding the extraordinary range of uprisings around the world: Tahrir Square in Egypt, Occupy in North America, the indignados in Spain, Gezi Park in Turkey, and many others. It draws on the rich reflection that took place following the huge wave of creative direct actions that had preceded it, from the 1990s through to the early 2000s, including the Zapatistas in Mexico, the Battle of Seattle in the United States, and the accompanying formations such as Peoples’ Global Action and the World Social Forum.
Our world today is not only a world in crisis but also a world in profound movement, with increasingly large numbers of people joining or forming movements: local, national, transnational, and global. The dazzling diversity of ideas and experiences recorded in this collection capture something of the fluidity within campaigns for a more equitable planet. This book, taking internationalism seriously without tired dogmas, provides a bracing window into some of the central ideas to have emerged from within grassroots struggles from 2006 to 2010. The essays here cross borders to look at the politics of caste, class, gender, religion, and indigeneity and move from the local to the global.
Contributors include: Taiaiake Alfred, Tariq Ali, Daniel Bensaïd, Hee-Yeon Cho, Ashok Choudhary, Lee Cormie, Jeff Corntassel, Laurence Cox, Guillermo Delgado-P, Andre Drainville, David Featherstone, Christopher Gunderson, Emilie Hayes, François Houtart, Fouad Kalouche, Alex Khasnabish, Xochitl Leyva Solano, Roma Malik, David McNally, Roel Meijer, Eric Mielants, Peter North, Shailja Patel, Emir Sader, Andrea Smith, Anand Teltumbde, James Toth, Virginia Vargas, and Peter
Waterman. 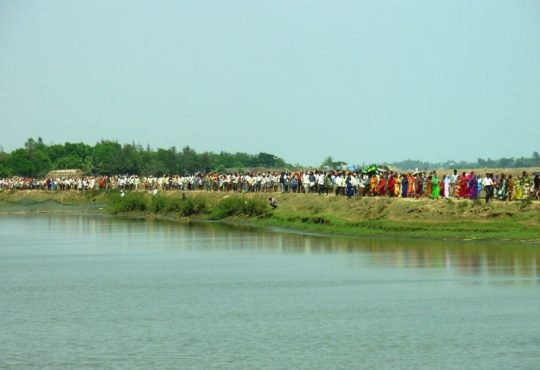